Norfolk Did You Know

What happened to the Insane Asylum in Norfolk?

In 1885 construction of the Insane Asylum started, and the building was complete in November 1886. The first patients were accepted in 1888. The name of the institution was changed to Norfolk State Hospital in 1920. In 1962, the name was changed again to Norfolk Regional Center. The Norfolk Regional Center is now a 120-bed institution providing treatment to sex offenders.

The Norfolk Regional Center, is it haunted? 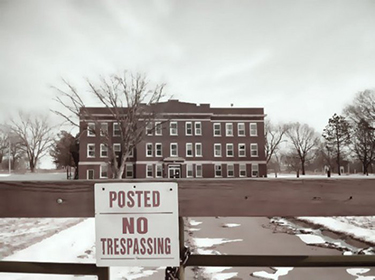 The Norfolk Regional Center, formerly known as Norfolk Insane Asylum, has a cemetery on site where former patients are buried. One of the buildings was once used as low-cost student housing, and residents frequently reported unexplained noises, apparitions, and voices apparently belonging to former patients.

What restaurant in Norfolk had a chicken statue on the roof?

The Double K Restaurant open in 1964 with a chicken statue on the roof. The restaurant was famous for their hand battered onion rings.

Johnny Carson grew up in Norfolk, his childhood home is located on 13th Street or Hwy 81. Before making it in Hollywood, Johnny made appearances on WJAG Radio in Norfolk.

Do you eat Frosted Flakes? How is this popular breakfast cereal related to Norfolk?

Another well-known Norfolk native was Thurl Ravenscroft. Born in Norfolk, Nebraska, on February 6, 1914, Thurl headed for Hollywood in 1933. He worked with Disney studios and in the movies. He eventually became best known as the voice behind Kellogg's Frosted Flakes animated spokesman Tony the Tiger and the catchphrase, "They're gr-r-reat!" from 1953–2005. He was also known for his singing voice in “Dumbo,” “Cinderella,” “Peter Pan,” “Lady and the Tramp,” “South Pacific,” “The Jungle Book” and “Sleeping Beauty.” and a family favorite “You’re a Mean One, Mr. Grinch.”. Thurl died on May 22, 2005.

What year was Norfolk, Nebraska established?

The first settlers arrived on the 15th of July, 1866. Voters made it the county seat in 1867. In 1875, this changed when voters named Madison as the county seat. The post office for the Village of Norfolk was incorporated in 1881. The village became the City of Norfolk, 1886, (Population 2000).