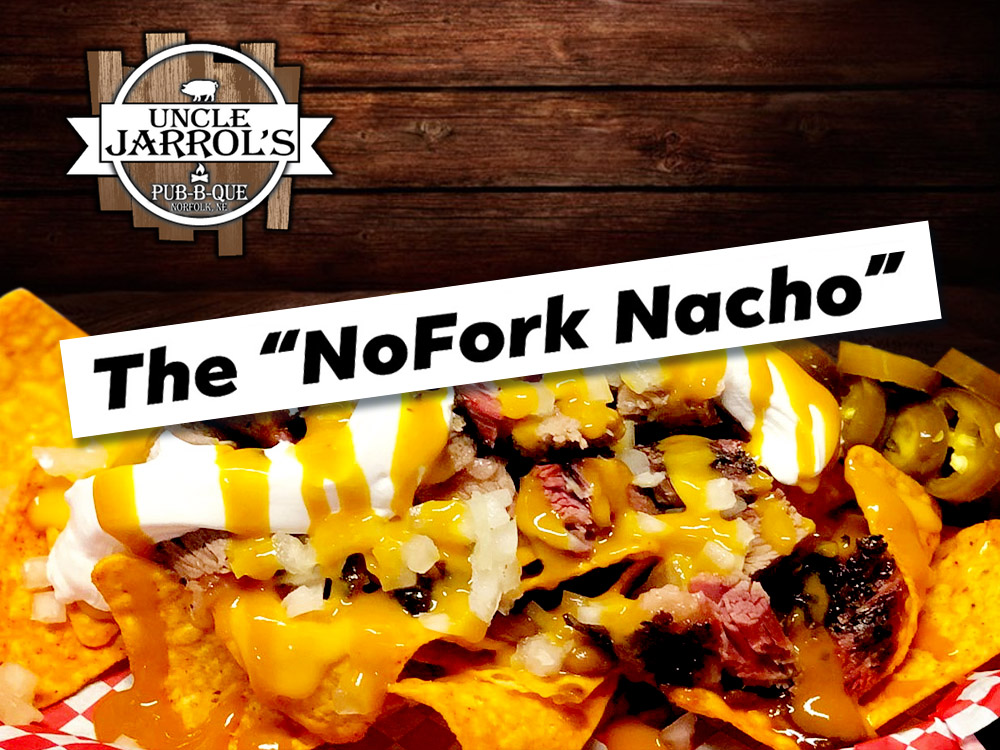 Maybe one of the biggest signs you’ve got a following is when your Facebook contest is popular, in this case, the "No Name Nachos" contest was on December 7 as part of the restaurant's latest Nacho promotion.

A new item on the menu is always a recipe for success at Uncle Jarrol's. And, even better yet, who doesn't like free food for a year? According to Uncle Jarrol's owners Jared and Alyssa Rodgers, "if you can come up with a name for this delicious new nacho, we will give you the chance to win 1 FREE nacho from our menu per month (The Trash Can Nachos excluded) for an entire year!"

The contest was dubbed "No Name Nachos", and the winner, Joshua Rajaee, came up with the winning name, "NoFork Nachos", and because his name was selected, he did receive the promise of free nachos for 1 year.

The "NoFork Nacho" will now be available to order at Uncle Jarrol's Pub-B-Que, located at 2610 W. Norfolk Avenue.

What, then, does the latest nacho dish have that is so popular? Quite a lot of goodness, it turns out: The "NoFork Nachos" features a mound of Dorito chips, nacho cheese, beans, brisket, onion, jalapeño, sour cream, and the famous Uncle Jarrol's Carolina sauce!

The Nacho naming for the two runner-up contestants were posted, as well: "Nachosaurus-Rex” named by Alan J. Bartels, and “Nacho Ordinary Nachos” named by Kay Albus.